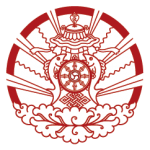 The Language of the Sūtras

David V. Fiordalis is Associate Professor and Chair of the Department of Religion at Linfield University in Oregon, USA. He was educated at Carleton College (BA, Asian Studies), The University of Chicago Divinity School (AM, Religious Studies), and The University of Michigan (MA, PhD,  Asian Languages and Cultures), where Luis O.  Gómez supervised his doctoral dissertation on the conception of miracles and superhuman powers in South Asian Buddhist literature. His publications include an edited volume on Buddhist philosophy as practice, Buddhist Spiritual Practices: Thinking with Pierre Hadot on Buddhism, Philosophy and the Path (Mangalam Press, 2018). He has been engaged in academic work on the religions and cultures of South Asia and the Himalayan region for more than twenty-five years.

Bruno Galasek-Hul studied Classical Indology, Tibetology and History of Indian Arts at the University of Bonn, Germany. He holds a PhD in Classical Indology. He is currently a member of the Mangalam Research Center’s Buddhist Translators Workbench team that is developing the first processed corpus of Buddhist Sanskrit literature and the Visual Dictionary and Thesaurus of Buddhist Sanskrit. He is also a translator for the Tibetan translation project 84000: Translating the Words of the Buddha.

Natalie Gummer is Professor of Religious Studies at Beloit College in Beloit, Wisconsin, where she has taught since 2001. She graduated with a PhD from Harvard University in Buddhist Studies in 2000. Her research, published in several journal articles and book chapters, examines textual practices in premodern Mahāyāna Buddhist literary cultures, especially ritual uses of texts, oral performance, and translation. She also explores how Mahāyāna literature might offer us critical purchase on a range of contemporary ethical and philosophical debates. She is currently completing a monograph on performativity and embodiment in Mahāyāna sūtras.

Charles Hallisey is a student of Buddhist literatures whose areas of interest also include Buddhist ethics, Buddhist scriptures, and the cultural history of Theravada Buddhism more generally. He teaches at Harvard Divinity School.

Shenghai Li is a researcher at the Institute for the Preservation of Classical Chinese Books at Fudan University. He is a scholar of Indian and Tibetan philosophical texts, and his ongoing work has emphasized the concepts and uses of Buddhist scripture in these texts. He is the main contributor to a forthcoming volume offering a Chinese translation of the Wisdom Chapter of Tsong kha pa’s Great Treatise on the Stages of the Path to Enlightenment (Lam rim chen mo) from the Tibetan. In more recent articles, he has studied literary Buddhist texts with an interest in their aesthetics and figurative language.

Richard Nance is Associate Professor in the Department of Religious Studies at Indiana University. He is the author of Speaking for Buddhas: Scriptural Commentary in Indian Buddhism (Columbia University Press, 2012), and has published work in various journals, including the Journal of the American Academy of Religion, the Journal of Indian Philosophy, the Journal of the International Association of Buddhist Studies, Religion Compass, and Revue d’Etudes Tibétaines. He is currently at work on a translation of Vasubandhu’s Vyākhyāyukti and a monograph on the transmission of Buddhist traditions in India.

Eviatar Shulman teaches Buddhist and Indian religion and philosophy at the Hebrew University of Jerusalem, in the Departments of Comparative Religion and Asian Studies. He has published extensively in the fields of early Buddhism and Indian Madhyamaka. His new book, Visions of the Buddha: Creative Dimensions of Early Buddhist Scripture is forthcoming with Oxford University Press.

Xi He is Lecturer in the Department of History at Appalachian State University. She received her PhD in 2012 from the Department of South Asian Languages and Civilizations, the University of Chicago. Her research interests are Buddhist narratives, the history of emotions, and women’s studies. From 2014 to 2016, she was an American Council of Learned Societies (ACLS) Ho Family Foundation Postdoctoral Fellow in Buddhist Studies at the University of California, Berkeley.